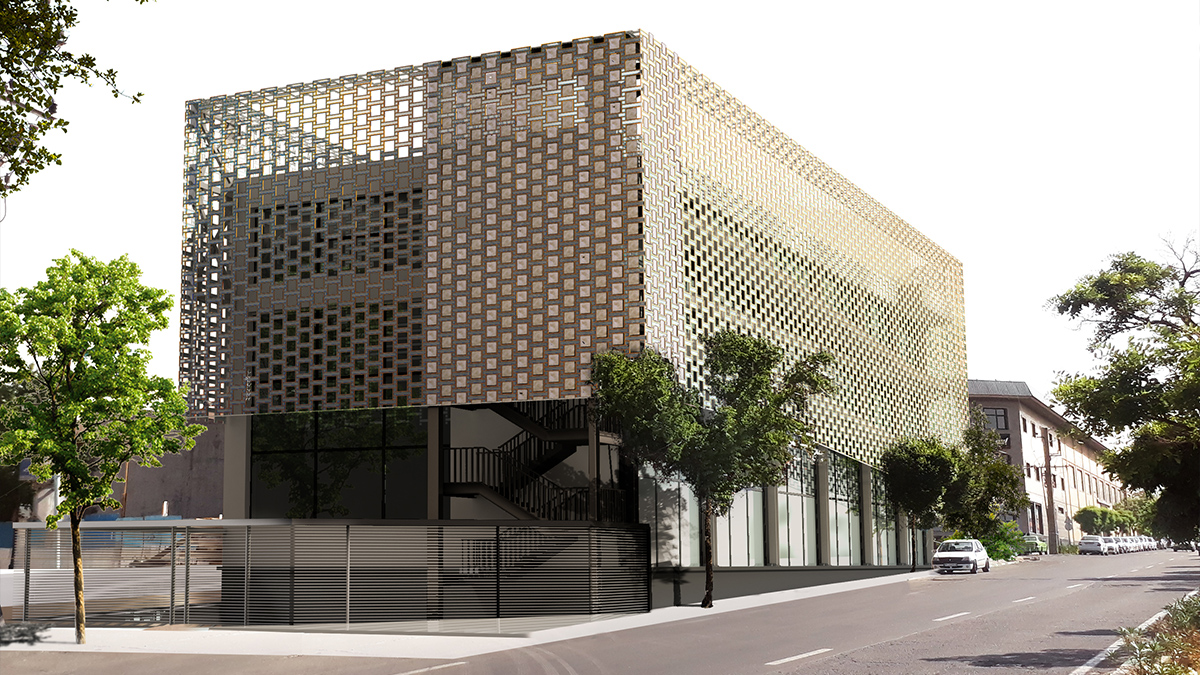 The goal is to create a space that is ultimately simple and in relation to the outside. In this design, the observer sees himself as a part of the space, in fact, the observer becomes an integral part of the design. While passing by this building, the audience experiences an intellectual and sensory conflict with this space, a space that is finally completed simply by his presence. In this project, by interacting and mixing outside and inside the project through the ramps that move on the project, it brings a modern aesthetic to the building so that the supervisor always changes the position of this building compared to the other supervisor. In this project, we have also easily shown the contradictions and we were not afraid to hide them, the contradictions that have been silenced for years. This space is in contradiction and interaction with its surroundings. On the other hand, it is also consciously in harmony with the surrounding texture, so that we as strategic architects, instead of having a vertical extension that has nothing to do with the texture and the surrounding skyline, decided to design the project on four floors, so the project It is not imposed on your platform and site and is in dialogue with its audience. In fact, we have only two complete floors with an occupancy rate of 60%, and the other spaces in the half-floors are organized in a suspended and floating manner. The project has a distinct expression, but is connected to its surroundings. Here, the open space of the roof with a different scenario and form becomes a place for small, large gatherings, conferences, and this connection is by a ramp on the east front in Is moving, It smooths the movement of the audience from the street to the roof so that the roof of the project can be turned into a space other than the internal relations of the project and be connected to the city separately and draw people to the roof of the project. Creating a fluid and transparent project according to the morphology of spaces and components, establish a precise relationship with each other and with the roof of the project and communication spaces. This space can have a different psychological impact on people and change their perception of the environment. It even shapes social interactions in such a way that each audience has their own interpretation of space and forms a pure experience of space. In voids, the interior space is placed next to transparent and fluid spaces to define a new typology for the office space pattern. In fact, in this project, all spaces are active and effective.

This project creates memories for employees and a sense of belonging. When you enter the project, you step into a new space that is the border between reality and fantasy. The contradiction that prevails in the city, and especially in this area, adds to this inner feeling. The audience gets a sense of belonging here because their sense of forgetfulness is strengthened. this pure sense whose experience creates memories.

This project is located in the east of Tehran. An area that has not grown significantly in terms of its recent history and events. In fact, this site is located in the factory context of Tehran, which on the one hand is limited to the forests of Sorkheh Hesar and on the other hand is close to the old Khak-e-Sefid neighborhood. Cultural, social, etc events are less common in this area. At first, with a careful study of the neighborhood, we studied its exact pathology, we identified the potentials to address the issue with the correct feasibility. Here we find that there is an obvious contradiction in this place, the completely traditional texture that still wants to remain in its old form and the young and energetic generation as well as the important factories of Tehran that have other demands of space. So we decided to define the project first as a strategist and then give an architectural response to the existing needs.

The physical program of the project was reviewed by professional teams and then the space was organized. Here, three basement floors are considered, and in the 1st floor, we placed the Recreation area space. In the Recreation area, which is located on the first floor, we divided the space into several different parts, the reception area, the space for reading books and, in fact, the space for watching TV, chatting and playing. This space contributes a lot to the vitality of the workplace. The ground floor is the entrance and exhibition space where the machines and production methods are displayed and has a 8-meter high ceiling, on which the management half floor is fluidly and transparently placed on top of it. The first floor is the office space where the restaurant space is designed as a half-floor above it and is connected to the projected roof by accessing a separate ramp. 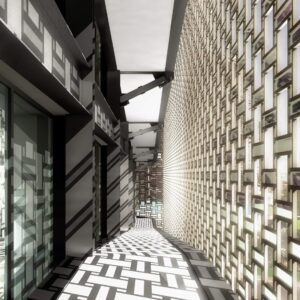 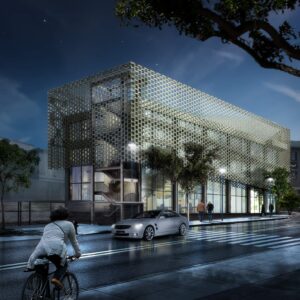 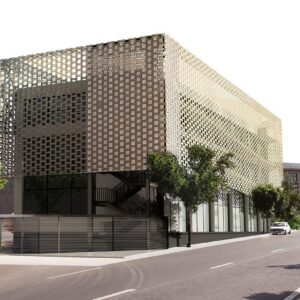 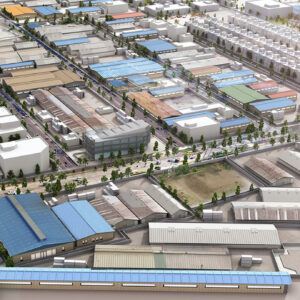